What’s the difference between Food Allergies and Food Intolerances?

Food allergies involve the immune system in different ways. Symptoms vary but can include stomach symptoms (more typical in babies) or a combination of:

DO YOU NEED A FOOD ALLERGY TEST?

Depending on symptoms and history, I will usually write to your GP requesting a lab form for a skin prick or RAST test. I don’t conduct my own tests, but rather work alongside other medical professionals to test, diagnose and help manage food allergies in children and adults.

The type of suspected food allergy determines the tests I will recommend. ASCIA (Australasian Society of Clinical Immunology and Allergy) recognise that skin prick tests, RAST tests (blood tests) and skin patch tests (carried out by an immunologist) are the only valid tests to determine a client’s food allergy.

Other tests, such as kinesiology and hair analysis, are not recognised as being accurate. They can vary significantly depending on where, when and how the test is performed, and who interprets the results

Some people figure out for themselves which foods they’re intolerant to. However, they’re often not able to work out the whole picture. People may say things like, “I feel food is involved, but the pattern isn’t clear.”

Some food intolerances are dose related and symptoms are only experienced when a personal threshold for that particular food chemical is reached. Previously, food additives and colourings received a lot of publicity for being the culprits. The reality, however, is that naturally occurring chemical substances in food can be just as much to blame for food intolerances.

Some substances in foods need time to work themselves out of the body’s system before improvement in symptoms will occur. Often, someone will need to take a break from certain foods to give their body a chance to heal, before slowly reintroducing the food to determine the individual’s tolerance level. On average, this break will be for about three weeks.

Using current scientific research in conjunction with client’s symptoms, I limit or exclude certain foods in my client’s diets. Once the triggers are known, they can usually be managed by the client themselves. Many clients have complete resolution of their symptoms through dietary management of their food intolerances.

Book a 1 on 1 consultation today

Working together in 1 on 1 consultations, I can help you to work through your food allergy or food intolerance to reduce or remove your symptoms. Based on the results of tests or food elimination, we can create a plan that allows you to manage your diet for the healthiest you.

What my clients say 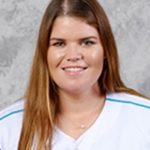 The Renew program with Diane has not only impacted my overall health and my skin, but also has given me tools with how to deal with stressful situations in my life.  I suffered from severe eczema, which triggers flare-ups when I experience stress.   As an international athlete, stress, and the fear of not performing or failing is what cause these flare up.  Diane has equipped me with the knowledge and tools to deal with these situations before they even get to this point.  This process is challenging, eye opening, and to achieve the best results being extremely vulnerable, and open to change is key. Diane helped me with far more then just my physical health. Renew has changed my perspective, allowed me to understand why I think the way I do.  She allowed me to be real, and assist me in capturing my thoughts and altering my response in order to be a healthier me.

Living with irritable bowel syndrome (IBS) can be incredibly debilitating. It’s no fun having stomach cramps while you’re out and about, or trying to put on your favourite outfit and not being able to do the buttons up properly due to bloating.

Combat stress by changing the way that you think.The Renew Programme has been developed based on the findings of ground-breaking research conducted by Dr Caroline Leaf, Neuroscientist, a leading Neurologist in the field of Neuroplasticity.

Everyone has stress in their lives – but what should you do if it starts taking over? Stress can have a terrible impact on our relationships, our happiness and our health. Even if you’re aware of how stress makes you feel mentally; you may not be aware of the physical impact it’s having on your body.

stay informed with my newsletter